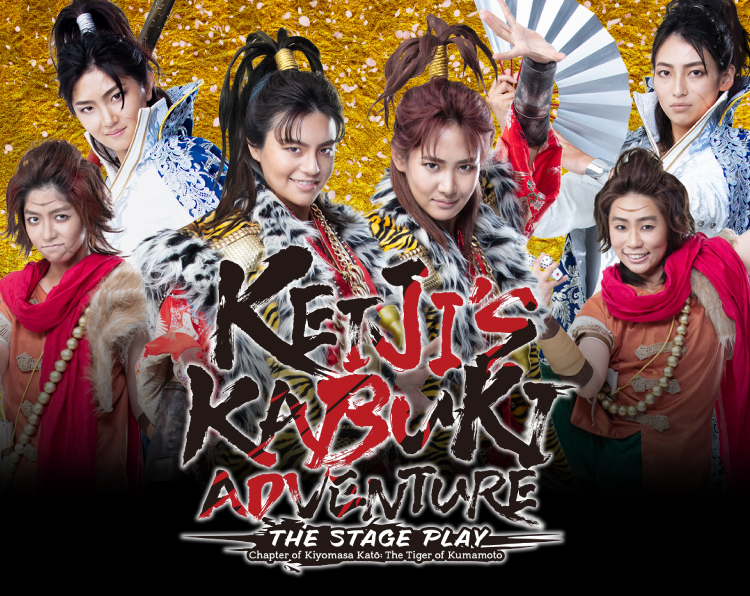 Written by Nobuhiko Horie and legendary manga artist Tetsuo Hara, whose acclaimed works include the worldwide sensation "Fist of the North Star" and drawn by Masato Deguchi, "Keiji's Kabuki Adventure" (original Japanese title "Maeda Keiji Kabukitabi") has been serialized in the manga magazine "Monthly Comic ZENON" since April 2019 and has sold over 500,000 copies. The manga follows the story of Keiji Maeda, the strongest Kabuki-mono: samurai warriors that behaved, dressed, and lived in the most outrageous way during wartime.

Because of his wild nature, Keiji couldn't stand the boring life brought by the new peace gained in feudal Japan after the Battle of Sekigahara (1600). Along with his faithful companion Gon'ichi, Keiji decides to head south to Kyushu for new adventures in order to find strong foes and share his “Kabuki” way of life. There he will eventually meet the “Tiger of Kumamoto” and legendary castle builder: Kiyomasa Katō! 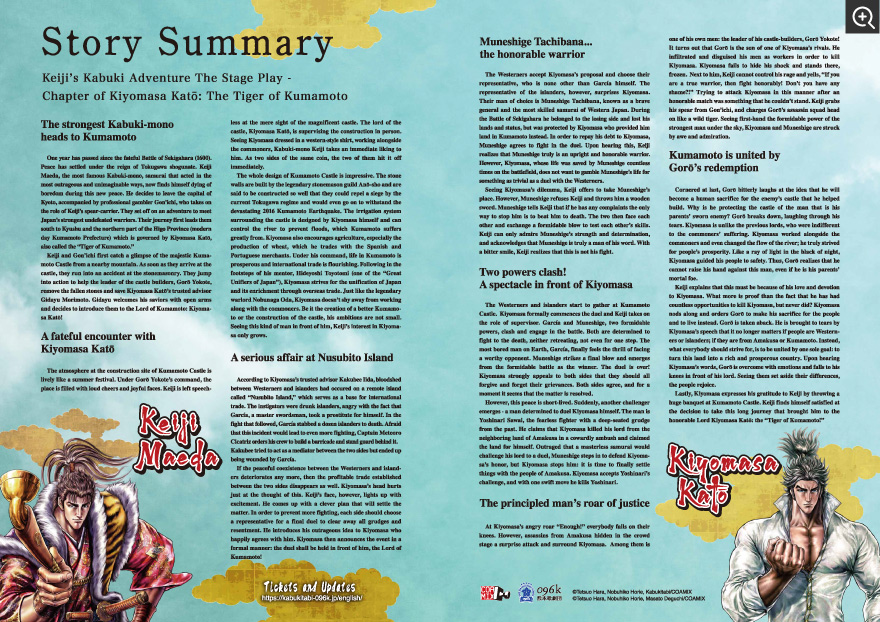 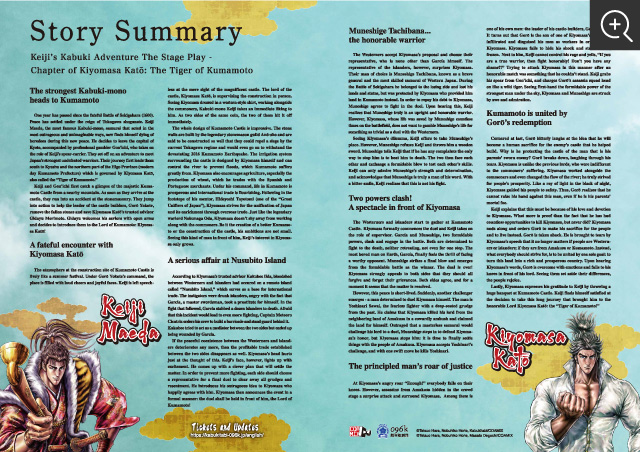 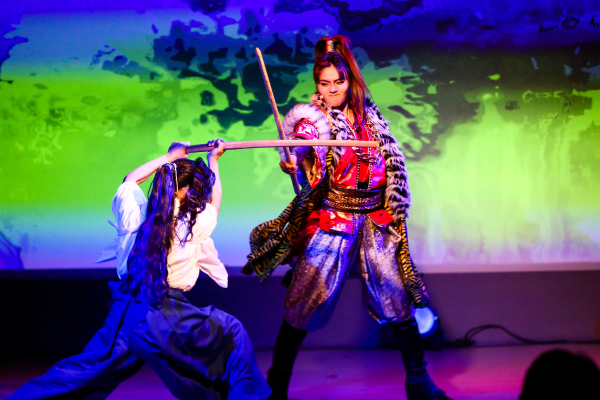 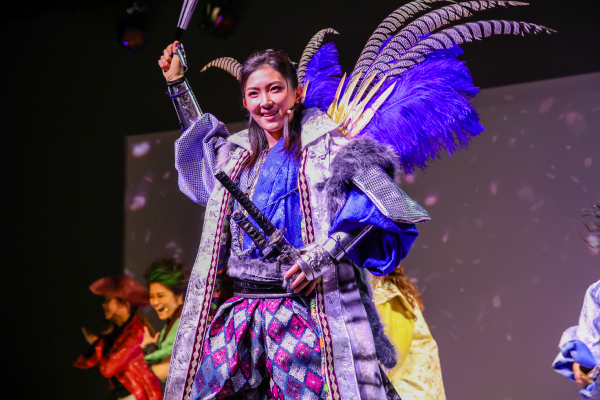 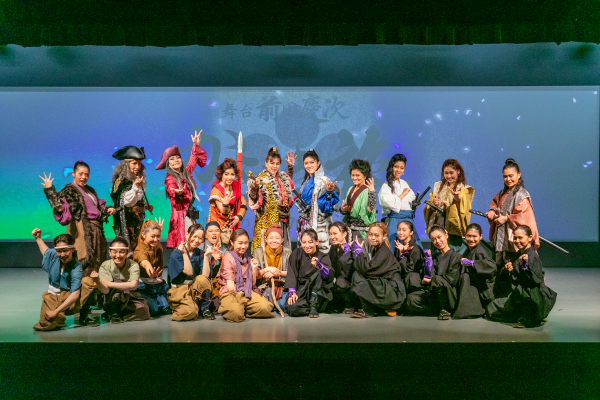 The "096k" in the name of the drama company (pronounced "O'Clock" in Japanese) contains the Kumamoto area code "096" and the "k" in "kagekidan," which is Japanese for "theater group." It was named this way so that young people who believe in their own potential would be able to start "ticking towards their dreams" by joining the drama company.

As an all-female theater group that performs authentic action, sword fights, songs, and dances unique to a live drama performance based on manga, they aim to be a theater group that is loved by Kumamoto and brings smiles not just to the whole country but to the world! 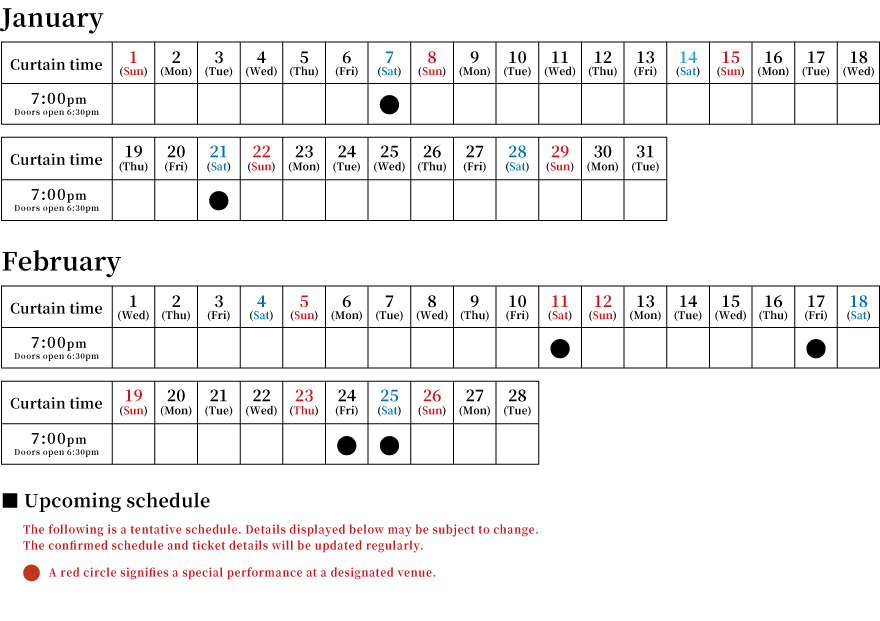 Official 096k Kumamoto Drama Company and "Keiji's Kabuki Adventure" goods can be purchased at the performance venue starting from 5:00pm.
※Some items may not be available.

The merchandise pictured above is just a small selection. Various goods not currently
displayed on this page will also be available for purchase at the performance venue.

COAMIX Inc. is a manga publisher based in Tokyo founded by worldwide famous manga creators such as Tetsuo Hara ("Fist of the North Star") and Tsukasa Hojo ("City Hunter"). Among its many titles, "Record of Ragnarok," "Arte," "Unsung Cinderella," and "Wakako-zake" stand out for being the most recent and internationally acclaimed manga series from the publisher.